At 71 Years Old, One Member Lost 45 Pounds Through The YMCA’s Weight Loss Program

Though Bill had tried other methods of weight loss in the past, nothing seemed to stick before he began the 12-week small group program. 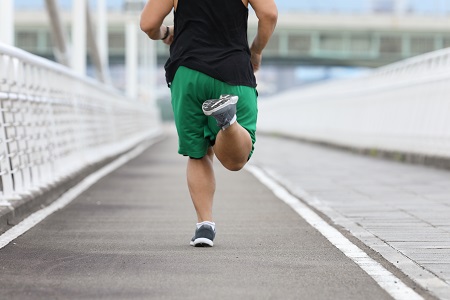 Bill Huggins decided to join the YMCA of Middle Tennessee in 2017 and worked out three days a week. However, he was still not able to keep his weight under control.

In fact, even at 71 years old, Bill was still struggling.

He had completed several diets and programs and was even able to lose weight at times — but he was unable to keep the weight off.

As a result, after hearing about the YMCA’s Weight Loss Program, Bill decided to join.

Although he had been unsuccessful in the past, something was different this time. “The program was well-planned and executed…and enjoyable. Unlike other programs, this [the Y’s Weight Loss Program] trains you for lifestyle changes,” Bill said.

The program not only helped to keep him accountable to his goals, but also taught him how to use new apps to track what he ate and drank. He began tracking his food intake daily and increased his workout schedule to six days a week at his local Y.

These new habits did not go unrewarded. As a result, Bill shared, “It has now been six months since I began this journey and I have lost 45 pounds.”

Feeling better than ever, Bill explained that he can now do things that he hadn’t been able to do in a long time. He is climbing steps without shortness of breath and, more importantly, his self-esteem and confidence have improved tremendously.

“For the first time in a very long time, I am proud of what I have been able to do and enjoying life more fully,” he shared.

To his amazement, his new habits even followed him to the beach while he was on a two-week vacation. He continued tracking his food and drink intake and worked out every day at a local fitness center. “I only gained three pounds over that two-week period,” he said. “As we learned in the class, as soon as I returned home, I began losing those three pounds. This experience showed me how my lifestyle has truly changed and encourages me to continue my journey.”

Amazingly enough, Bill still isn’t finished. “I set a goal when the class began of losing 100 pounds in a year,” he explained. “I am almost 50% there and will continue to work towards that goal.”

Take control of your weight loss journey and find a routine that fits your lifestyle, just like Bill found. Learn more about the YMCA’s Weight Loss Program and sign up today.